From Alice Springs to the world stage, James McFadden certainly has come a long way since his Dirt Kart days, but later this month, the local turned internationally renowned 410 Sprintcar racer will return to his old stomping ground to take to the Arunga Park Speedway track for the $20,000 Dance in the Desert event. 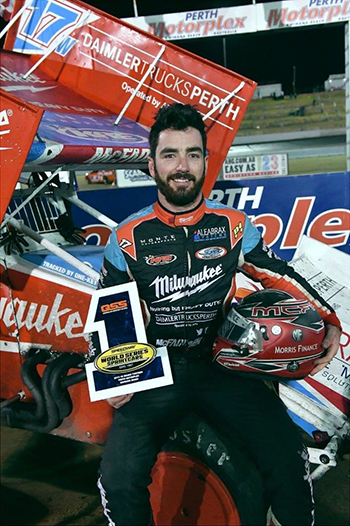 Having commenced what would later become a celebrated speedway career at the age of 16, after a background in Dirt Karts, it’s strange to think that McFadden has never actually competed at what would have once been considered his home track. However, that’s all going to change when the 29-year-old racer, along with the entire Western Australian-based Monte Motorsport team make the trek south after contesting the upcoming Chariots of Thunder Series at Darwin’s Northline Speedway to the 402-metre track.

Since leaving the Northern Territory in 2007, which later saw him pick up his maiden Australian Sprintcar Championship at Northline Speedway in 2010, McFadden, who is these days based in the south-east Victoria coastal town of Warrnambool, has continued to build his reputation as one of Australia’s finest speedway drivers.

Recording his second Australian Championship victory in 2013, along with collecting four World Series Sprintcars Championships (2012, 2013, 2017 and 2018) and winning the coveted Grand Annual Classic in 2017, McFadden has for a good part of the last decade gone on to make a name for himself on the international racing scene in America, which has been highlighted by taking out his maiden World of Outlaws round victory last year at Williams Grove Speedway in Pennsylvania.

While an inclusion of a driver the calibre of McFadden is sure to give the crowd their money’s worth, the field will also be bolstered with the likes of Darwin-based front runners Chace Karpenko and Ben Atkinson, along with impressive Victorian-based teenager Rusty Hickman, amongst many others.

The Dance in the Desert event, which is set to be held on the Thursday night of August 30, also boasts a prize pool of approximately $20,000, with participating drivers being offered $500 each in tow money and considerable potential winnings, including $3,000 to the feature-race winner.

Nominations are still currently open for the 2018 Dance in the Desert; however, the event is capped at a maximum of 20 nominations. To register your participation in the Dance in the Desert event, nominate via the downloadable form on the Arunga Park Speedway website at www.arungapark.com.

There are still also opportunities for businesses to become involved with major sponsorship and supporting sponsorship options available. To find out more about sponsorship or anything other event information, contact Garth Thompson (Arunga Park Speedway president) on 0417 838 996. 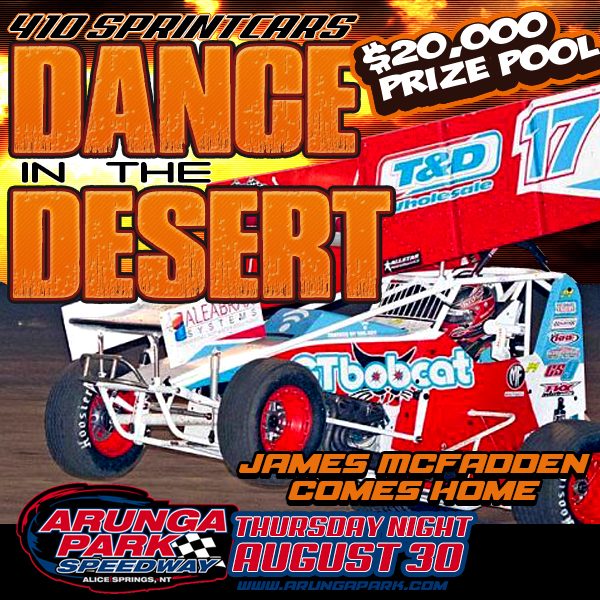