Arunga Park Put Through its Paces for Official Reopening

The redeveloped track and surrounds at Arunga Park has a good workout in preparation for the official reopening on Saturday.

Arunga Park Speedway President Garth Thompson said it was good to have the trial run as some issues were identified and work on them began on Sunday.

“The wall and the fence were in place and there was no problem with them,” he commented.

“A couple of drivers, Oscar Taylor and David Parkyn, hit the wall with their cars and left paint on it. Quite a few of the juniors who needed track time were able to get some and were driving well at the end of the night. 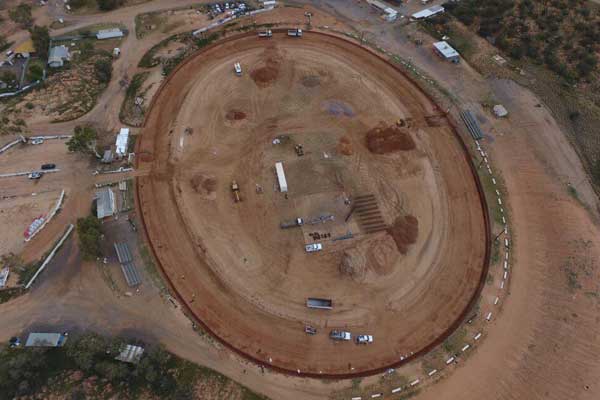 “It was good to see some new faces, including among the volunteers, on the night.”

To help promote the opening, there will be a static display in Todd Mall all day on Friday and Saturday morning. It will include cars and bikes and be next to the reflection pool outside Alice Plaza.

Thompson said the idea of the display was to put the cars in front of the people so they would be aware of the speedway reopening. There will be passes given away.

He expects about 50 entries across the various classes for the night.

The official reopening will be at 7pm followed by a grand parade and racing at 7.30pm.