The entre night was a fantastic opportunity for competitors, officials and club members to remember the season that was in a relaxed and fun environment.

Other season point score winners were Corey Greening in the highly competitive Street Stock class, Jarrod Woolcock in the Formula 500s, Lachlan Cole in Sprintcars, Mike Thompson in Wingless Sprints, Cameron Robertson in Speedcars and rounding out the season awards was Rod Calvert in the Quad Bike class.

There were several club-based awards handed out with Nicky Jettner proudly being presented the Life Member Key Ring. Katie Bromley was awarded the Sports Person of the Year, while Cameron Miller had the honour of being announced as the Most Valuable Club Member.

The hard-working Alice Springs Motorsports Fire and Rescue were recognised for their efforts, presented with joint Volunteer of the Year, while in the light-hearted section Jet Thompson was the unlucky recipient of the Wings Award for best roll over. 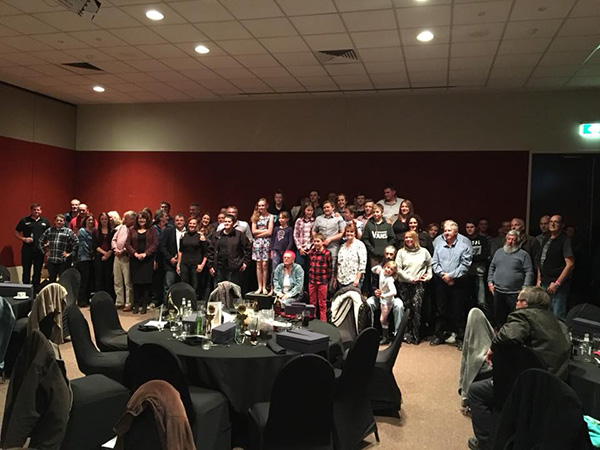 That now concludes the 2017-18 season; however, Arunga Park Speedway’s new season will kick off with the 2018 Dance in the Desert for 410 Sprintcars set down for the Thursday night of August 30. With a prize pool of $20,000 on offer, it is expected a quality field will nominate for the event.