It’s been a great 2017-18 season thus far for Alice Springs’ Arunga Park Speedway, which was recently bolstered by the running of two state titles, both of which received significant local and interstate support.

Hosting the NT Street Stock Title over two nights in mid-October, followed by the two-night NT Junior Sedan Title earlier this month, both events saw drivers travel interstate from throughout the East and West Coast of Australia to compete, while a substantial local crowd also turned out to be a part of the action. 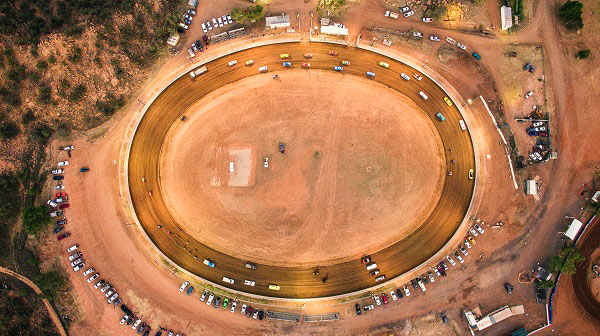 “We also have to say a huge thank you to all of our local sponsors for their amazing support of our track and for helping us to make the 2017-18 season a successful one.

“We’re dedicated to the constant improvement of our track and club, and one development we continue to work on is the addition of more Sprintcars to our schedule in the future.”

For their next event, Arunga Park Speedway will host the popular Demolition Derby Christmas Show on the Saturday night of December 2, before taking an extended break over December and January, returning on February 10 with the Neil Anderson Burnout Competition.